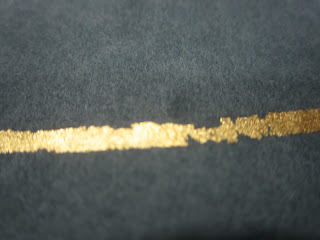 Posted by Mark Cockram at 14:39 No comments:

Dear All, The next DB Lecture is TUESDAY 6th NOVEMBER 2012. 6.30 pm. The Art Workers Guild, 6 Queen Square, London WC1 Nearest underground stations: Holborn and Russell Square Admission: DB members and full time students £5, non-­members £7 Three Saturday Lectures: DB Members and full time students £14, non-members £20 Further details from Mark Cockram: 0208 563 2158 / studio5bookarts@aol.co.uk GLENN STORHAUG ERIC GILL AS ENGRAVER & ILLUSTRATOR Focusing on Gill’s work with The Golden Cockerel Press, in particular The Canterbury Tales and the legacy of William Morris and Edward Burne-Jones Eric Gill and Robert Gibbings collaborated as artist and publisher on The Golden Cockerel Press’s four-volume The Canterbury Tales only 32 years after Edward Burne-Jones and William Morris collaborated in an almost identical way on The Kelmscott Chaucer. The Kelmscott volume is widely regarded as one of the finest books ever printed in Britain, but Gill and Gibbings came much closer to the spirit of Chaucer, argues Glenn Storhaug. Their work celebrates the poet with great wit and perception, while the actual design and printing are the first realization of their shared dream: the marriage of wood and metal – a truly creative relationship between engraved woodblock illustrations and cast metal type. Glenn Stothaug will illustrate his talk with many images by Burne-Jones and Gill, as well as the rarely seen working drawings and block-proofs privately saved by Gill. He will also read passages from The Canterbury Tales in the original Middle English
Posted by Mark Cockram at 16:02 No comments: 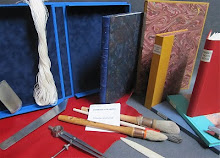